Since I (thankfully) don’t live in Vermont I’m considering on just not covering it anymore. So many sheeple and nanny state stories have come out from there that I might have to stop writing about all of them for both my mental health and to save on bandwidth.

Democrat Representative Sarah Copeland-Hanzas of Bradford is planning on introducing the legislation.

In the past she’s shown a great dislike of Kentucky Republican Senator Rand Paul. In the article I linked she derided his desire to replace the income with a flat tax, which she claiming was “effectively raising taxes on middle class Americans.”

Fun fact: both are unconstitutional.

Sarah’s words have come back to bite her, however, as her carbon tax plan would do just that: hurt Vermont’s middle class.

The article quotes Vermont Republican Governor Phil Scott’s office, which said the plan would “add cost burdens for many Vermont families who spend more on transportation and heating than they do on electricity.”

The executive director of the Vermont Fuel Dealers Association was interviewed and said that the proposal would lead to higher transportation costs (that’s kinda a big deal up here in northern New England) and even predicted that those cost increases could lead to higher goods (i.e. milk and grocery) prices. Anyone with an ounce of common sense would know that increased goods prices affect the poor the most.

Copeland-Hanzas was ambivalent to these concerns, saying:

No, “we” don’t. Your job as a state house representative is to serve your district, not the “climate change” agenda. Politicians need to get these economy-destroying delusions of grandeur out of their heads, pronto.

Eventually the article mentions that the proposal was co-authored by a local business owner, who the article says “market forces have punished him for making other investments in greener energy technology.”

What a great lesson in entrepreneurship; make up for your failure in the free market by lobbying the government to help recoup your losses at the expense of the taxpayer.

The amount of BS the proposal’s supports spew in the rest of the article should be enough for them to get booed off the stage by most voters, even in Vermont (as a matter of fact two Orange County Democrat Reps were voted out for just allegedly being open to a carbon tax).

Oh boy Vermont’s solar energy economy is booming thanks to smart business people and smart politicians! Doesn’t that sound nice, sheeple? Reminds me of something called Solyndra. I wonder how that turned out.

I won’t bother boring you with a rant on basic free market principles and economics, so I’ll destroy their little fantasy with just one question:

If Vermont’s clean energy industry is such a good idea and so good for the state, why does it need the government’s’ help to stay afloat?

An industry that requires government assistance isn’t an industry; it’s a racket. The point isn’t to save the environment, it’s to make someone rich at the expense of the lower class and taxpayers.

The only positive thing that a government can do for an economy is to leave it alone.

I originally intended to avoid featuring content taken from Facebook because I want to focus on serious issues and not pointless drama.

However, after spending almost a month on a local community facebook group I discovered that the Upper Valley does have a serious issue: too many sheeple begging to have their rights taken.

Tonight I saw a post asking for local gun control groups to join.

A scary number of “residents” (i.e. mostly flatlanders) exposed themselves as sheeple and enthusiastically posted their “helpful” suggestions. Luckily gun control isn’t too popular these days and all the suggestions were the usual suspects: out-of-state funded groups.

Gun control advocates never have good intentions just as slave owners don’t. Both want to forcibly strip peaceful people of their rights to bear arms, which on a basic level is both the right to defend oneself from aggression and to own certain types of property. The only difference I can see is that slavers these days do their own dirty work while gun control advocates want to have the government do the dirty work for them.

I suggest you go to Cuba or some other authoritarian hellhole if you want to be in a place where people can’t own guns, because there’s no way they’ll take them in the United States. I’m here to tell you:

1776 WILL COMMENCE AGAIN IF YOU TRY TO TAKE OUR FIREARMS! WE WILL NOT RELINQUISH THEM. DO YOU UNDERSTAND? 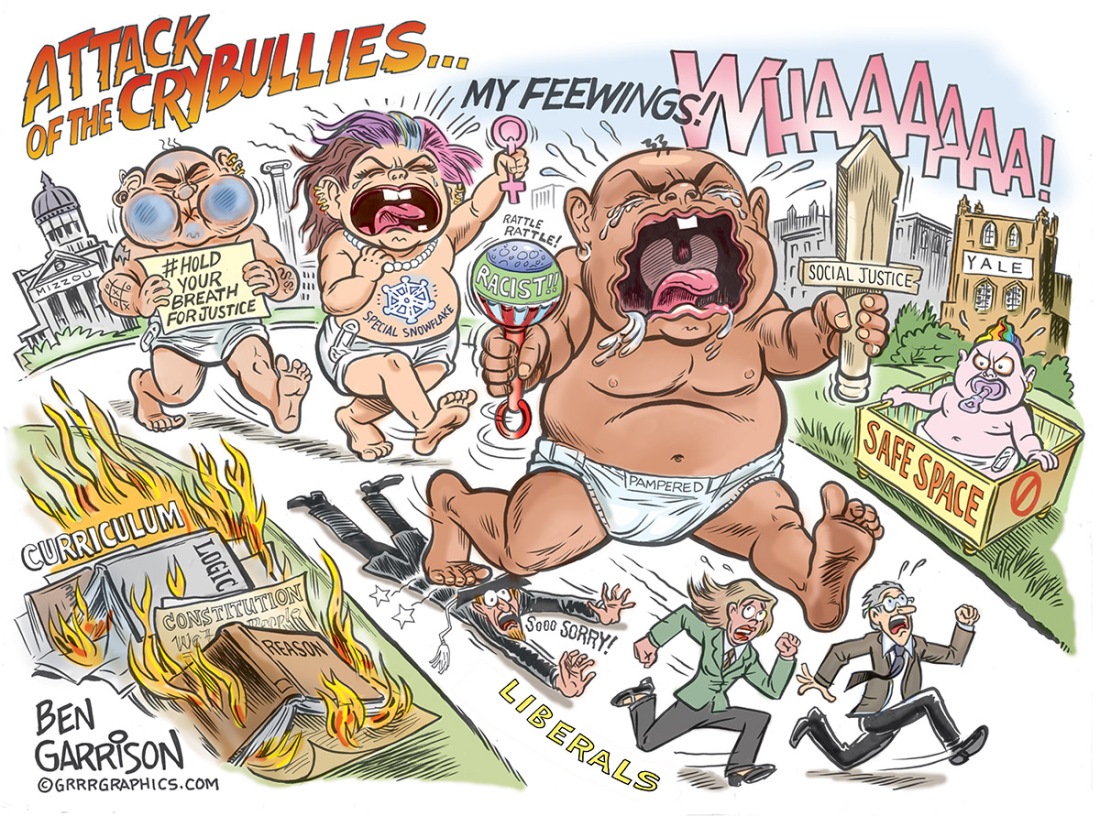 Hartford, Vermont’s Committee on Racial Injustice has seen three of its members resign, including Chairperson Olivia Lapierre, according to this Valley News article. Please read the Valley News article yourself for the important details on this adult temper tantrum and keep this tab open to understand why the Committee falling apart is actually a step in the right direction for race relations in the Upper Valley.

Lapierre is quoted in the piece saying: “I don’t owe white people my time, my patience, my kindness.”

Imagine if a white city employee in Flint, Michigan said the same exact sentence except for replacing “white” with “black”. Doesn’t that sound racist in that context? The truth is that statement is racist in both contexts. That begs the question of why did the Committee on Racial Injustice allow its Chairwoman (the politically correct term is Chairperson, by the way, Valley News) to make a racially charged statement like that without so much as a single objection from the committee?

Despite what some may think after reading enough of my rhetoric I am not an unreasonable person. In the way human society is shaped at the moment I understand why well-intentioned supporters of the state think government is necessary. After all, the Founding Fathers couldn’t have just declared the Thirteen Colonies an anarchist paradise and not expect the British to come back with their government sponsored war machine and take over again. Rather, they created the freest form of government the world had ever seen at the time. Most of the Founding Fathers believed that government was an insidious instrument necessary to protect life, liberty, and property.

With the original purpose of the American political system in mind, I find it hard to believe that anyone is able to justify how the Racial Inequality Committee serves to protect life, liberty, or property? I don’t remember reading the “Right to not feel offended” amendment in the Bill of Rights. Maybe Lapierre and the other committee members should have read the Constitution before using the force of the state to ram their ideology down taxpayers’ throats.

When first drafting this article in my head my first idea was to highlight Lapierre’s anti-white racism, but I figured that would play right into the hands of the race baiters and social engineers who want to drive a wedge between whites and people of color in the community. These people and their government sponsors actually WANT higher racial tensions in the country because racial tensions create hatred, hatred creates fear, and fear is the excuse the government uses to take away our rights. Just look to the riots that happened in Ferguson after the 2014 shooting of Mike Brown. Brown’s stepfather shouted “Burn this bitch down” to a crowd of angry African Americans and the next thing you know every police station in America is requesting an armored vehicle and other military weapons intended to be used on the American people.

I’ve met plenty of oppressed people of color living at Dave’s place, and are they being oppressed by white property owner Dave or any of the other whites living down at Mink Brook?

No, they, like many lower and middle class Americans of every race, color, and creed, are being oppressed by the cabal of elitists who run this county and their social engineer lackies like Lapierre who foment racial strife to get the people fighting amongst themselves to distract them from the real enemy.

Hopefully without the “leadership” of Lapierre the Committee will disband and its supporters realize that if they really want to help heal racial tensions in their community, they need to say NO to the government.

*The featured graphic that in my opinion accurately portrays the attitudes of the Committee members is  a classic Ben Garrison cartoon, check out his site for more great liberty oriented cartoons)